Five Star Media Group won the most prestigious award at the Thirteenth International Film Festival for Tourist movie- “On the East Coast of Europe” in Veliko Tarnovo. It is in the category of Science and Documentary / Culture and History / for “Once upon a Time … There Were Three Kingdoms”. It tells the story Bulgarian history – from the establishment to the end of the Third Bulgarian Kingdom in 1946. The story begins as long as 6,000 years before Christ. It begins with the birth of the most ancient civilization in the world – Culture Varna. It appeared for two millennia before the first Egyptian pyramids were lifted. And probably it’s wrapped up by an unprecedented climatic event – the Biblical Flood. Just under Black Sea shattered waters of ​​the Old Testament are the first footage of this large production. It is filmed in more than 10 countries and 30 cities on the Old Continent, which are connected directly with Bulgarian history.

The movie crew brings us to some of Europe’s most splendid architectural patterns and symbols – the palaces of Schönbrunn, Versailles, Peterhof, Hermitage, Buckingham, Heiligenberg. The following temples: St Francis of Avon / Asizi/, St. Augustine / Coburg / The St. Trinity / The Stratford-on-Avon / The plot passes through La Mancha under the wings of a royal Ghost, the ghost of a doomed Bulgarian ruler, a close relative of all European monarchs. Of course, the action mostly develops near the buildings of the Bulgarian history – the royal palaces, the medieval fortresses, the Christian cathedrals. Bulgaria’s history like we had never see- here, in one movie. 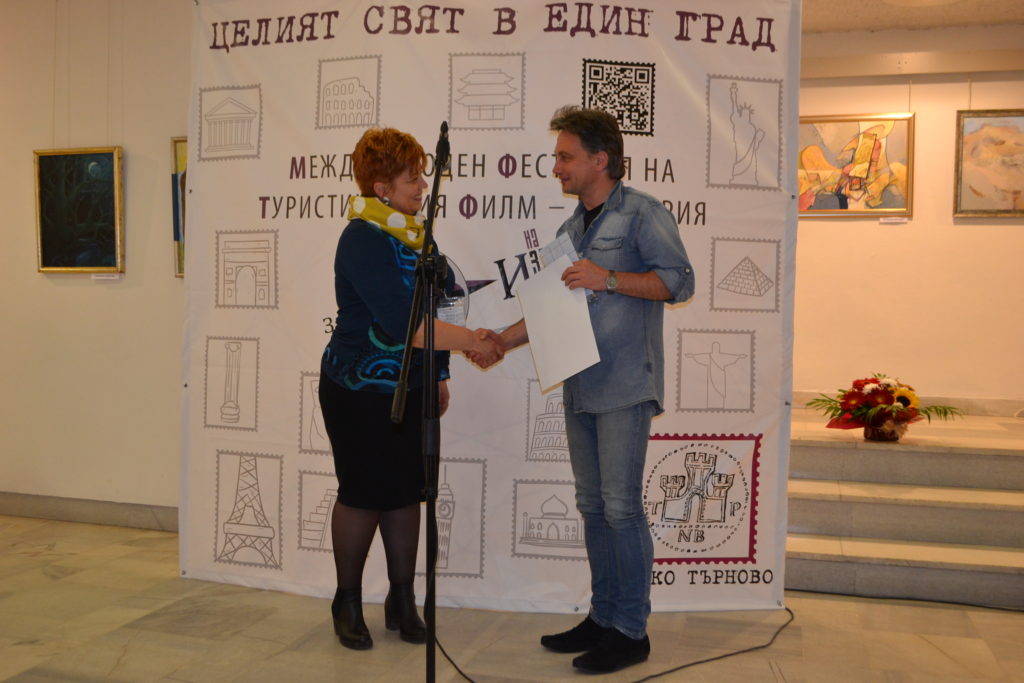 The film is produced in co-production with the municipal Enterprise “Tourism” – part of Sofia Municipality. Film director is Stepan Polyakov, Chef operator Momchil Alexandrov, screenwriters Tosho Peikov and Stepan Poliakov, executive producers Georgi Andreev and Yulia Talipova, and Tsvetelina Vasileva, director of the montage. “Once upon a time … There Were Three Kingdoms” already had premieres in Budapest and Slivnitsa – because of the occasion of the national celebrations of Hungary and Bulgaria in March and also for 160th anniversary of Prince Alexander Battenberg birth in the beginning April. Stepan Polyakov won a personal award for “Creative Contribution to Travel Video Advertising”. The second film, which the Company participates with, was also nominated for an award. It is from the series “World Cities of Bulgaria” on Bulgarian National Television and it tells the history of Pleven city. The film is called “Waves through the Valley”. In the festival participated 91 films from all around the world. Among the participants were main institutions such as Indonesia, Malaysia, Croatia and many others. Five Star Media Group won into the same festival different awards for films: “Sofia- The history of Europe”, “The Builders, who put the Clock back to the Future”, “The Kingdom of Light” and others.