Five Star Media Group has finished filming of the documentary film about Lovech – part of the most popular series of documentaries on Bulgarian National Television “World Cities of Bulgaria”. According to the latest information, it has a million audiences all around the world.

The film “Lovech – The Secret Capital” is made on the order of Lovech Municipality. The script has a surprising storyline; many filmed moments are unfamiliar even for the native residents. The script also adds little known facts about the participants and their actions in the Bulgarian Central Revolutionary Committee – including Vasil Levski and Hristo Ivanov – The big. Although documentary, the film is made with features typical of cinema. It is also intended for distributors on the international market. With the cooperation of the Lovech Drama Theater and Club “Traditsia”, reenactments from different eras related to Bulgarian and European history were filmed. The team of the film is shooting different important places such as Hissarya fortress, The Covered Bridge, Varosha neighborhood, Devetashka cave …

For 60 years after the fall of Bulgaria under the Ottoman authority, the last ruler of Hissarya fortress, Stoyko revolutionary, called Kusan, refuses to obey the conquerors and to live the comfortable life of a vassal. Finally, he leaves the fortress, but he gathers an uncompromising team and starts bloody attacks against the occupiers. So he becomes the centuries-old nightmare for the Turkish troops. This is only part of never narrated Lovech history in the movie. It will also include footages of one of the most significant events for Bulgarian Orthodox Church over the past 100 years – the sanctification of Cathedral church “St. Kiril and Methodius” by His Eminence – the Metropolitan of Lovech’s Diocese. 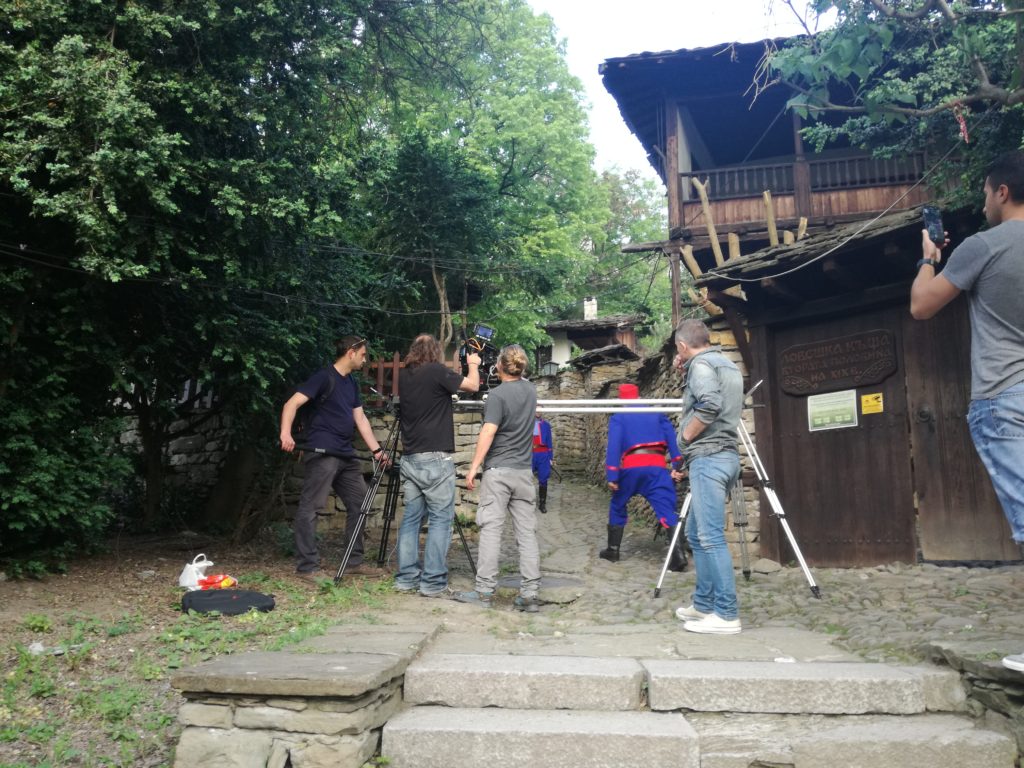 The movie is filming by the team of Five Star Media Group with years of experience in documentary. It is expect to be completed in the summer and the first performance will be in the City of Linden- Lovech. The film is directed by Stepan Polyakov, he directed the most popular film about the Bulgarian capital “Sofia – The Story of Europe”, seen by over 10 million people all around the world, and brought thousands of tourists there. Executive producer is Vivian Boyadzhieva, scriptwriter Alexander Perpeliev. Director of photography is Momchil Alexandrov, who led the filming team of a many hit Spanish movies.